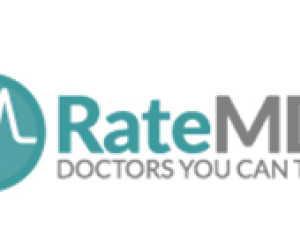 As members of the public, we tend to regard our doctors as being all but infallible. Of course, this simply isn’t true. In fact, there are doctors that no member of the public should rely on. A history of misdiagnosis, insensitive handling of patients in distress and unprofessional conduct should signal the end of a medical career, but patients continue to trust doctors who have acquired a very unprofessional reputation. Dr Tenenbaum is an example of such a doctor.

A single visit to the website ‘RateMDs’demonstrates what one can expect from Tenenbaum. According to patient reviews, this doctor is everything a medical doctor should not be. Look out for these warning signs in any doctors you visit.

We all know that if we try to do something in a rush we have a greater chance of making a mistake. If one happens to be a doctor, mistakes could cost patients’ lives. A review of Dr Tenenbaum’s practice reads:

“I used to be a part time paramedic. If I took a patient history and assessment the way he does (curt, hurried, uninterested) none of my patients would have made it to the hospital alive. You have to have the ability to listen to your patients.”

That’s worrying, but if there were only one review like this, one could say that the patient caught the doctor on a bad day. However, this is not the case:

“I felt especially at my last visit, that Dr. Tenenbaum rushed through everything; I was out of his office before 5 minutes were over...”

“Rude, arrogant, over-books his patients to the point that his office should have a revolving door because you're in one minute and out the next.”

Being ill is traumatic enough without having to deal with the kind of experience this patient had:

“This Dr is a jerk. He is very abrupt and offensive. I have fibromyalgia so am in severe pain all the time. He gave me no new information and said to exercise religiously and to cut out carbs. He poked me in the stomach and said "You have to lose that". It was very demeaning and I left crying. I dread having to go back to him.”

And it’s not just the doctor that’s unpleasant:

“Rude man, rude staff and uncaring attitude. Dealing with people is part of this profession. Empathy is important and totally necessary when dealing with very sick people however Dr. Tenenbaum does not know what that word means.”

Even when a colleague springs to his defence, he or she has to admit that the doctor isn’t exactly a nice guy.

“I am a healthcare professional as well, Dr Tenenbaum may not have a great bedside manner…”

And that’s just what his buddies say about him! When a ‘positive’ review kicks off like that, you’ve just had confirmation that you shouldn’t expect any sympathy. That’s probably still acceptable if you can be sure of good medical care, but will you get it? In this case, there is anecdotal evidence that patients should exercise caution.

We rely on our doctors to give us the best healthcare advice and to know more about health issues than the man in the street, so this person’s experience is sure to raise an eyebrow:

“When I asked him if walking was a good way to get some exercise in, he told me it was not and that I should do something with more impact. Well, after stupidly following his advice I was left in considerably more pain than before.”

Surely you don’t need to be a doctor or a fitness expert to be aware of the risks of high-impact exercise? In addition, most of us know that walking is an excellent form of exercise. One has to wonder what possessed Dr Tenenbaum to give that piece of advice. Once again, we have a multitude of complaints and this time, they refer to ignorance and misdiagnosis. There’s even a lack of respect for patient confidentiality.

“After seeing him a half dozen times, and his misdiagnosis from the beginning, he tells me, as he is escorting me to the front reception, that I now have full-blown RA and will just have to "live with it". I asked him how long 'till I am unable to walk at all and he announces in a loud voice, in front of everyone in the waiting area, that if I was going to have that kind of negative attitude, I would have to get another doctor...”

Another patient relates that he was referred to the doctor with a case history file. The doctor did not take the time to go through it thoroughly, and the patient had to point out the relevant test results. What if the patient had not been alert enough to do so? Would the correct treatment have been recommended?

Of course, one can never be absolutely certain whether a positive review is fake or not, but there are some potentially suspect reviews on Dr Tenenbaum. In two reviews, the word ‘brusque’ is misspelled as ‘brusk’. There are also two reviews using the slightly unusual phrase “at the top of his field”. Coincidence?

Then there’s a review from a colleague. One’s colleagues don’t usually review one. Interestingly, the ‘doctor’ who wrote the review uses the word ‘manor’ instead of ‘manner’. One is left wondering whether the author is the same person who can’t spell ‘brusque’ and whether they really could be doctor.

In another positive review, a patient claims to be ‘referring all her friends’. This is odd because the doctor in question is a specialist, not a GP. Could ‘all her friends’ have the same medical issues as she does? The reader could be pardoned for suspecting a cover-up.

What can we learn from all this?

-- Find out what other patients are saying about your doctor or specialist. One bad review isn’t necessarily a huge issue, but when the majority of patients appear to have problems, exercise caution.

-- Make sure that your doctor takes his time, is thorough and listens to your concerns.

-- Don’t be intimidated by rudeness or accept it just because it comes from a person in ‘authority’ such as a doctor. You are entitled to courtesy.

-- When in doubt, get a second opinion.