Why do we love boxing movies so much? 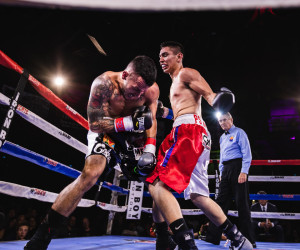 Well, for starters, boxers are interesting characters to begin with therefore make for great stories. Think of real-life boxers such  Muhammad Ali, Mike Tyson and Floyd Mayweather; three boxing legends who have all helped define the sport over the years. These icons have much more than boxing in common, they have all had rough childhoods and are all enigmatic athletes. They also make for the perfect rags to riches tales. Cinema feeds off stories like these.

Many great boxing movies have come over the years whether it’s the Rocky franchise (starring Sylvester Stallone), Raging Bull (starring Robert De Niro), Cinderella Man (starring Russell Crowe and Renée Zelweggeer), The Fighter (starring Jake Gyllenhaal). These movies have managed to successfully please critics as much as audiences worldwide. Rotten Tomatoes have even dedicated a page to the 53 best boxing movies of all time. Million Dollar Baby and Rocky have even won Best Picture at the Oscars. There are even rumors that a new Muhammad Ali movie will come out in 2021.

Who wants to get punched in the face repeatedly by other boxers as strong as they are on a regular basis? The black eyes, the broken bones, the concussions, the confidence... It definitely takes a unique mindset and personality to get in a ring. A good boxing match will see two boxers throwing punches at each other for many rounds until the last one standing eventually wins. Sometimes it takes one lucky punch at the right spot to knockout an opponent. Other times, it takes a series of blows and even then, it can come down to the judges’ decision.

Boxing movies encompass many elements of storytelling that make a movie great. The environment is often blue collar and poor. The main protagonist is usually an underdog who is either past his prime or a struggling boxer hoping for a breakthrough. The characters are wounded, internally and externally (remember those final scenes in Rocky where the protagonist’s face is covered in blood and right before giving up he starts throwing blows and getting back into the fight), the stakes are high (fame and fortune) and there is a villain who is depicted by the opponent. Throughout the movie, there will be many  fight scenes with plenty of highlight reels to captivate the audience’s imagination. Many might even say stories like these are in some way what the American dream represents.

In a story well told, the sport of boxing itself becomes a metaphor of life. The plots dig much deeper than a story about a boxer beating on a punching bag and a speed bag all day. Stories lie in the obstacles the main character has to overcome before reaching a satisfying conclusion which will usually show the boxer winning a championship. The payoff is even sweeter when we know what the protagonist has gone through to achieve its level of success. There are, of course, a few exceptions to the happy ending rule and the movie doesn’t end on a good note. Sometimes the focus of the story is not about the days of glory ahead but the journey and the level of resilience required to make it big (such as Million Dollar Baby, starring Hillary Swank and Clint Eastwood). One thing is for sure, just as in online casinos, there is a winner and there is a loser. Sometimes a small detail or a meticulous move can change the outcome of a match.

The reason audiences relate to boxer characters is that  they will go through situations everyone can relate to. The characters will need to show a level of determination, resilience and self-confidence that they never had before but once they do, you better watch out.

Justin Trudeau, Canada’s Prime Minister and a big fan of boxing, once said “People think that boxing is all about how hard you can hit your opponent. It's not. Boxing is about how hard a hit you can take and keep going.”

Not everyone dreams of getting inside a ring, knocking out an opponent or even being a boxer at all, but everyone dreams they had the strength and courage of the best boxing champions in cinema.