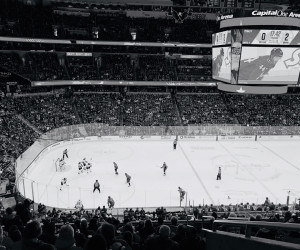 There’s no sport more popular in Canada than ice hockey, although it almost seems like an eternity since any of the Canadian NHL teams managed to win the Stanley Cup. The Montreal Canadiens still boast the most final appearances with 34 and the most wins with 24, yet their last success was back in 1993.

The Toronto Maple Leafs can also brag about their 21 final appearances and 13 Stanley Cup victories, making them the third most successful team in the NHL behind the Detroit Red Wings, the eternal rival just across the border from Canada in the United States. That said, the Maple Leafs haven’t appeared in a final or won the competition since way back in 1967.

While other Canadian teams have enjoyed more recent Stanley Cup appearances, such as the Vancouver Canucks in 2011, the Ottawa Senators in 2007, the Edmonton Oilers in 2006 and the Calgary Flames in 2004; the dominance of Canada on the ice rink has waned significantly in the 21st century. Nevertheless, that could all be set to change during the current 2019-20 season.

All the signs had pointed to the 2018-19 NHL season reaching a magical conclusion for Canadian teams, after the Calgary Flames won the Western Conference, the Winnipeg Jets rolled up second in the Western Central Division, and the Toronto Maple Leafs registered an impressive 100 points to finish third in the Atlantic Division of the Eastern Conference.

However, as the Toronto Sun highlighted in their 2019-20 preview, it just wasn’t to be for that trio of Canadian sides last time around, with all three falling flat and failing to progress beyond the first round of the post-season playoffs. Nevertheless, there’s growing hope and expectation that this could finally be the season a team from Canada lifts the Stanley Cup again.

Having made a positive start to the campaign, the Toronto Maple Leafs are looking the strongest of the Canadian teams at this early stage of the NHL season. Indeed, such is the confidence they can go all the way this time around, they are valued at +800 in the NHL betting odds at bet365, which has them firmly placed amongst the favorites to win the Stanley Cup, despite losing two of their first four games.

Best of the Rest Canadian Hopefuls

Although they enjoyed an excellent 2018-19 Regular season, the Calgary Flames aren’t as strongly fancied this season and, along with the Winnipeg Jets, they are considered as being outside contenders. However, much will depend on the consistency of their NHL Regular season form and whether they can reach the playoffs.

The other NHL teams hailing from Canada are all priced at long odds to win the Stanley Cup, but the Edmonton Oilers have started strongly which is promising; however, the lack of depth in the team and the strength of the division means reaching the playoffs is unlikely nevermind winning the Stanley Cup, and the Oilers President is targeting something more important.

"You're always going to compete for a playoff spot. I want to build this into something better than that over the bigger window."

Since his arrival in May, #Oilers GM & President of Hockey Ops Ken Holland has set his sights on stability.

Well, after last season looked so promising during the Regular season, there’s no reason why at least one Canadian team can’t emerge to make a strong challenge to win the Stanley Cup. It's a long shot for most of the teams, but one, in particular, stands out.

If their strong start to the season is any suggestion, and with such a powerful attacking line, the Toronto Maple Leafs look the best bet amongst the Canadian teams to win the Stanley Cup. What's more, they have a genuine chance of going all the way, building a fiercely competitive side by improving year on year with great signings.