Can Classic Casino Games Keep Up with Modern Releases? 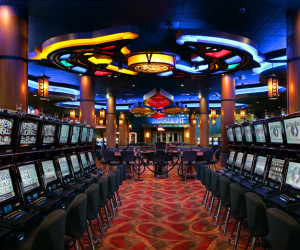 In all forms of entertainment, we often see only the finished product and think little of the process going on behind the scenes. This is true of music, video games and movies. But it’s also true of modern casino games. If you log on and play, you don’t think about what it took to create the games on show.

But an awful lot goes into creating casino games, and you can see from the huge iGaming conventions that software developers are trying to completely upend the industry with innovative titles based on VR, AR and MR, skill-based gaming, interactive games and everything in between.

The likes of roulette, poker and blackjack have been around for decades and they still represent the most popular casino games, yet can they withstand a new generation of games designed to offer experiences like never before?

It’s actually a difficult question to answer, for many reasons. For a start, it’s important to recognise that the classic games have also evolved. For instance, you can play live roulette online now with real dealers at casino sites in Canada, and the tech used to bring live games to your home is just as sophisticated as anything you’ll find being touted at the big gaming conventions nowadays.

Moreover, not only has the delivery changed, several classic games have been tweaked a little to make them more attractive to the modern casino player. For example, you can find 3D Roulette, Pinball Roulette, Frankie Dettori’s Blackjack and the Greek myth inspired Age of the Gods Roulette at good online casinos. The latter of which carries a progressive jackpot that can be worth thousands of times your stake.

Skill games on the cards

These tweaks and upgrades to classic games have helped them stay relevant in an era where 3D slots and games with over 100,000 paylines are easy to find. But there is a more existential threat to casino classics at the moment; namely, the nature of casino games themselves. We mentioned earlier that casino software developers are exploring the idea of skill-based games, and that might just define the industry as we head into the 2020s.

What do they mean by skill-based games? Exactly that, games that require skill rather than luck to win. Yes, one can make an argument that games like blackjack and poker require skill, but this new era of gaming is aimed at millennials, and it will see a range of games like video games. It wouldn’t be idle conjecture to assume that casinos have been inspired by the success of games like Fortnite.

Casinos understand that millennials are more sophisticated than being obsessed by games like Pokémon Go and Fortnite, but they also understand that these types of games offer more allure to that generation than games of dice and cards. Some prototypes have even made it to the gaming floors of the big casino resorts in Las Vegas.


It’s difficult to say how things will go, but it seems that one should not give up on the classic casino games just yet. After all, some of them have been around for 100s of years. Indeed, many of these games offer a sense of mystique or James Bond like suaveness that makes them about so much more than about winning money. There is no such thing as sure bet in casino, but you can be almost certain that classic games will continue to hold their own.