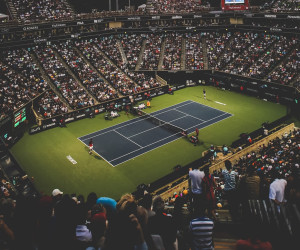 This year’s edition of the ATP World Tour Finals is billed to start from the November 10 and the tennis trio of Novak Djokovic, Rafael Nadal and Roger Federer are the players to look out for.

Over the years, there have been epic matches played by the “Big Three” ever since their first appearance at the Finals in 2007. Twelve years after and this year’s tournament might be the very last one where all three players feature.

The oldest of the tennis greats is Roger Federer. According to Betway, the 38-year-old Swiss is joint-second most likely to win this year’s Finalsand his career has already been stretched beyond its limits considering his longevity.

However, the three tennis players have been instrumental to the success of the tournament, winning 11 titles and playing32 sets in 16 matches against themselves in the tournament. This has transformed the competition into one of the most prestigious competitions in the professional tennis world.

Below is a detailed comparison and analysis of how the three players have fared in the ATP World Tour Finals:

Roger Federer has gotten to the finals of the competition thrice, winning two, before either Nadal or Djokovic was in the mix and is the most decorated player at the ATP Tour Finals among the three.

The 38-year-old has a 42. 9 per cent win rate at the competition as he has won six titles in 14 attempts. However, Djokovic has a better win rate with 45.5 per cent, winning the competition five out of 11 times.

Surprisingly, Rafael Nadal has not won the title in eight tries, despite the fact that he has never contended in one when both of the other two players have been missing.

In the six ATP Tour Finals well all three have featured in, Federer has been victorious on three occasions—while in 2009,Nikolay Davydenko emerged the winner.

Djokovic also leads in the head-to-head record for individual matches among the three.The Serbian leads Federer 4-2 in games played at the tournament, though the Swiss withdraw from the tournament in 2014 due to injury.

Also, Djokovic out bests Nadal 3-2 when comparing their head-to-head record and has emerged winning in all of their games since 2010.

In conclusion, based on their head-to-head record Djokovic can be crowned the greatest of the trio in the ATP World Tour Finals.

In this section, Djokovic also emerges victorious as he has a much better head-to-head record against the other two players both, Nadal and Federer in hard-court major tournaments. This points to the fact that his dominance on such surface would be pivotal in him claiming this year’s title.

The Serbian has a 6-4 and 3-2 lead over Federer and Nadal respectively at both the Australian and US Open combined.

The tournament is going to be played indoors and Federer is the better player when compared to Nadal in such conditions. The Swiss’s indoor record is phenomenal, and absence of wind guarantees that conditions stay steady—and this are conditions in which the Swiss flourishes in.

The event has always been played on hard court—with the last change happening in 1974. However, the court surface has been a topic of intensive debate for quite some with Nadal and Federer making their displeasure known publicly in 2013.

While Nadal has a preference for clay surface, Federer is very comfortable playing indoors on hard courts.

It is the reason why despite trailing Nadal 3-1 at major hard-court tournaments, he still won 4-1 against the Spaniard in the ATP World Tour Finals.

However, of the three players, Nadal has battled with injuries the most and is also equally affected by the tournament’s timeline. The left-handed Spaniard has Kohler’s feet and a long history of several knee problems—as he had an ankle surgery around this same period last year.

Nadal’s recurrent knee problems is the reason why he has had the least appearance (8) in the tournament when compared to the other two— Federer (14) and Djokovic (11)—and hasn’t won the competition.

Since 2013, Djokovic and Federer and Djokovic have dominated the Tour Finals, and this is glaring when their tenure is compared to the previous 16 years before their appearance.

From 2003 to 2018, only seven players have won the Tour finals with Murray, David Nalbandian, Davydenko, Alexander Zverev and Grigor Dimitrov each winning one title.

Djokovic and Federer have a far more superior and impressive title haul after the 2015 tournament,both winning a combined 11 out of the last 13 editions. In comparison, the past 16 years—from 1987 to 2002—witnessed nine different winners. Pete Sampras won the most titles during that period—winning five titles—while Boris Becker came second with three victories.

Though from 1998-2002, four players won the title in the space of five years, it took an additional seven years for that feat to be replicated by Djokovic, David Nalbandian, Davydenko and Federer.