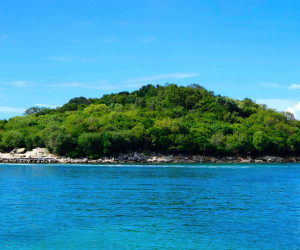 The world seems to have stopped turning due to the coronavirus pandemic. Everyone is confined in their homes and practicing social distancing. Some spend their days watching Netflix, Disney+ and Crave. Others walk their dogs and catch up on family time. Dana White, president of UFC, is a different beast. He is busy securing a private island for upcoming UFC fights.

Earlier in April, the top level executives at Disney and ESPN asked Dana White to stand down for UFC 249 which was scheduled to take place on April 18. It was a shame for UFC fans because it was supposed to be one of the deepest cards in UFC history. Despite the cancellation, he guaranteed to postpone the event. And once everything gets back to normal, California would be the first place to hold an event.

In the meantime, White is adamant about his backup plan. “Fight Island” remains his priority. No venue is currently interested or allowed to hold public events therefore White is taking the bull by the horns.

Earlier this month, he told ESPN, “all the infrastructure is being built right now and getting put in place. As we get closer to that, then I’ll start figuring out booking fights, getting guys ready. Plus, I can ship guys over there earlier, and they can start training over there, on the island.”

On his Twitter account White reassured the fighters not to worry about the money aspect and to keep focusing on what they do best. Fighting.

UFC middleweight champion Israel Adesanya spoke to Ariel Helwani on his MMA Show and  admitted he was excited by the prospect of fighting on international waters.

“Yeah, I’m in shape. I’ve kept everything around like 50, 60 per cent fitness. So I’m down to fight on a private Island in front of the Illuminati and slay someone,” Adesanya said. “That would be f****** gangster.”

“I’m ready to fight. We’ll see what happens with this show first, we’ll see if it actually goes… if it actually pulls off being like Fyre Festival cause you know, that’s another way it could go. But I have faith,” Adesanya added.

“I really think if there’s a time to step up — I actually talked to Dana a few days ago actually, cause I was just seeing him pop up in the news, I was like, you know what? Kudos to this guy for working at a time right now when he should be taking a rest like everybody else, Adesanya said.

Not everyone is keen on making the trip to “Fight Island” though. In a recent interview with The No-Sports Report with Jensen Karp, Chris Cyborg insisted that “Fight Island” is not an event she wants to be part of.

“Everybody has to be quarantined,” Cyborg said. “It’s the rules for everyone. You know a lot of people don’t want to be home. A lot of people are struggling now, and I think he personally should do something (other) than just think about himself and boxing and MMA fights. … I think it’s better to wait, like everyone – respect everyone.”

“Even though the fighters have to be together for training, you could say, ‘OK, I’m going to make an event now.’ Do you think if you (did) say, ‘OK, Cris, you’re going to have a fight,’ I’m going to have to make my team?” Cyborg said. “You know, I have to put my team together. We are going to be together, training. Then you put the risk of the family around you. You know, I think you had to wait and have respect for the process. Be patient.”

The location of “Fight Island” and the date have not been confirmed yet but insiders suspect it to be on a tropical island. White, a fierce businessman, is doing all he can to get fighting back on our screens as quickly as possible. He won’t let a pandemic derail his plans, going as far as promising fans that the UFC will be the first sport back. ‘Fight Island’ is real and you can count on Dana White to make it happen.

The Betway Insider is the best source for UFC news and informed analysis.