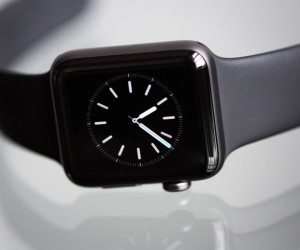 The latest Apple Watch is pretty extensive as it is, but the fact that you can download game apps to play from the device itself just makes it an even more fun wearable. And useful to have when you're out and about without an iPhone. You can find lots to choose from these days, ranging from strategy and puzzle-type games to word games and trivia. So we've compiled and ranked the best games for your Apple Watch that you can download now for free or for cheap. So that you're ready for your next walk-and-play session

These games are already available for iOS, but it seems like they're perfectly-designed for Apple Watches too. The adventure game takes the form of a narrative where you receive messages buzzing into your Apple Watch which you need to read and tap an action to continue. The first game involves a stranded astronaut whose spaceship just crashed and who can only contact you to save them. If you complete that game and wish to try more, there are sequels you can download and sync too.

The developers behind Final Fantasy, Square Enix have brought us a decent RPG that fits on a wearable. In this game, evil beings have stopped time and you're battling them to restore balance. Your aim is to find the crown and turn back the sands of time. The resolution isn't great, but this only adds to the retro-style pixel effect that we love from these kinds of games.

In this fantastical RPG land, you must use magic and weaponry for battle by tapping away at your watch. It's one of the less exciting games on this list, but it's free to download and sync. And there are 2,000 levels so it should keep you going for a while.

This free game was popular on iPhone and Android so it's only natural it get transferred to Apple Watch as it fits easily on that device. It's basically a question-and-answer, Trivial Pursuit-style game which you play against your friends and other opponents around the world. You tap to spin the wheel and land on a category and answer questions until you get one wrong. It's then your opponent's turn. This goes on as you climb the ranks and collect achievements.

This is one of the very few Apple Watch exclusives, so you know it's going to work well on this device. The mission is simple – you just need to crack a safe combination and climb the ranks to become the next King of Bandits. There are around 100 codes to unlock, and during play you get vibrations for rotating the wheel, which is perfectly-positioned on the Apple Watch too.

This is the prefect game to pull out when you're waiting in line or need to kill a few minutes. You get four scrambled letters on your watch and need to form as many words as possible in 30 seconds. We love this one because it's free and you can challenge friends.

Let's face it – there's a lot lacking when it comes to playing games on your Apple watch. First of all, there's not as much variety as you may find if you were searching for iPhone apps to play. For example, card games and jackpot slots aren't available for Apple watch, and with good reason. It doesn't seem as though they would translate well, especially when you have all these games within a dedicated real money online casino Canada.

Even more, Apple Watch games aren't designed for extended sessions, partly due to the smaller screen size, but also because it's a wearable device and it may get uncomfortable to play from that position after a while. However, the above games are engaging enough to enjoy while you're on the go and/or when you catch yourself bored and without a phone.