Who Was the Best James Bond Villain? 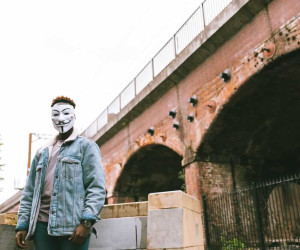 A good superhero needs an equally good supervillain who really gets under our hero’s skin and drives the movie into a madly gripping climax. One of film’s greatest super spies is of course James Bond whose exploits are the stuff of legend across generations. Bond has, no doubt, had to take on some nasty pieces of work but who was really the ‘baddest’ of them all. Here is a look at some of the best James Bond villains.

As far as formidable James Bond supervillains go, Le Chiffre is really a cut above the rest. He first made an appearance in 1953 in Ian Fleming’s Bond novel Casino Royale. We meet him 53 years later on the big screen in the movie by the same name where he is played by Mads Mikkelsen with Daniel Craig playing James Bond. If you love the many casino games available today, you will enjoy as Bond bankrupts Le Chiffre in a high-stakes casino game once he has the license to kill. Le Chiffre has all the qualities of an unforgettable Bond villain. He is ruthless, ice cold and very calculating, and Mikkelsen does an excellent job at bringing his character to life.

He was portrayed by Gert Frobe in the 1964 Bond film Goldfinger. Goldfinger is a businessman brimming with luxury who also has a thing for gold. Even his luxurious Rolls Royce is secretly gold-plated. This evil businessman has an ingenuous and rather evil plan of increasing the value of his gold supply: by detonating an atomic device in Fort Knox to make those reserves radioactive. He also wants to use a laser to kill Bond. He remains one of the most iconic of the Bond villains.

Portrayed by Joseph Wiseman in the 1962 Bond movie by the same name, Dr. No, Dr. Julius No really set the stage for the daunting, cunning and eccentric Bond villains. Dr. No is a scientific genius who is operating from his island base of Cape Canaveral to sabotage American rocket launches. He is cast as a half-German and half-Chinese mad scientist who has prosthetic metal hands. He uses a nuclear reactor to generate radio signals that interfere with the gyroscopic controls of the rockets. Not only does James Bond, portrayed by James Connery, foil his plans but he also suffers a gruesome end when he is boiled alive inside his own nuclear reactor.

Played by Telly Savalas in the 1969 release On Her Majesty’s Secret Service, Blofeld is regarded by many Bond fans as arguably the greatest James Bond villain. He is at the apex of an evil organization known as SPECTRE and has featured in seven Bond films.

His first appearance was From Russia With Love (1963) where he was portrayed by Anthony Dawson with Eric Pohlmann voicing him. His most recent portrayal was in Spectre (2015) in which he was played by Christoph Walt. Many Bond fans however regard his 1967 portrayal by Donald Pleasance in You Only Live Twice as the most iconic as far as Bond villains go. With his bald head, scarred face and love for white cats, his portrayal in Bond films has come to define the quintessential Bond spy villain.

Red Grant, together with the evil architect Rosa Klebb, appears as an evil and ruthless henchman in 1963’s From Russia With Love. He almost matched James Bond’s (played by late Sean Connery) ruthlessness and cunning. He eliminates everyone in his path and even barely fools Bond by posing as an MI6 agent and manages to poison Bond’s girlfriend. Of course, Bond triumphs in the end but not before a stomach-curdling and cringe-inducing physical fight to the death.