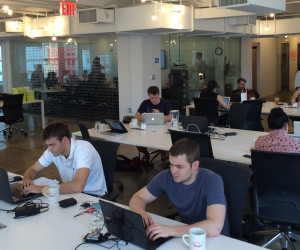 Silicon Valley in San Francisco may be considered by many to be at the forefront of technological trends in North America. However, the United States is by no means the only North American country with an impressive pedigree for innovation. As of late, Canada has proven itself to be a pivotal player in the tech and startup world.

One noteworthy name that originated in Canada is Shopify, Inc. This Ottawa-based e-commerce business has changed the face of online retail and earned enormous profits as a result. Last year was one of the best for the company, with shares up a substantial 67 percent in 2016. Shopify has demonstrated how much people value a good shopping experience, offline or on.

One of the biggest social media management platforms also comes from Canada. People have more social media than they know how to deal with, so another social media-related app or website may seem like it should send you running away screaming. However, Vancouver is home to Hootsuite Media, Inc. Hootsuite allows users to manage their social media accounts with a website that provides the ideal consolidation. Rather than having to balance Facebook, Twitter and Instagram, Hootsuite allows everything to come together harmoniously.

Toronto is also a becoming a major tech hot spot. Toronto's WP Technology Inc. is the business behind Wattpad, a website where users can post their own creative written works. It's a remarkably simple concept that has paid off amazingly well for WP Technology Inc. Currently, Wattpad is in the top 600 most popular websites, according to Alexa.

You surely know about wearable technology such as the Fitbit, which keep track of your physical performance. How about something that keeps track of your mental performance? With Muse, "the brain-sensing headband," users can tap into their mind like never before as the headband works with your Bluetooth-enabled device to help you work towards bringing your brain to its ideal state, one step at a time. The brains behind this brainy device came from Canada, as it was made by InteraXon in Toronto.

Off the web, there's plenty of great innovation occurring in Canada. One amazing story is even happening in the sky. Solar Ship is a Toronto company whose mission is to "connect the North" through their astounding air vessels known as "solarships" which aims to provide transportation beyond the typical infrastructure and nonrenewable resources that we're used to.

Those ready to pack up their bags and make a move to a Silicon Valley, but question if  California is right for them, reconsider! Look into moving to Toronto instead. Canada’s tech scene is worth getting excited about, and Toronto’s startup scene is definitely in a ‘blossom state’. No longer is it just the home of Bay Street and the country’s major financial sector.

These startups and technologies are just scratching the surface of what Canada has to offer. With millions of people to collaborate with and plenty of great cities to help inspire, there's no question that Canada should be considered a major factor in the world of technology. Other countries should not feel threatened by Canada's technological prowess. Rather, they should feel inspired.