Netflix and Binge for the Single and Sassy 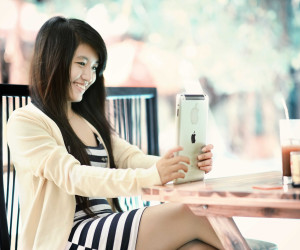 Everyone is aware of the all-encompassing power of Netflix, and how easily it is to get sucked into a sleepless state of seamless films. A place where time and space doesn't exist, where it’s you and having your endless viewing desires met. Your daily mood booster or your ultimate weekend surrender. Whatever your Netflix destination entails, there is something for everyone despite the connotation that comes with the phrase ‘Netflix and Chill’ - which has become a common phrase among just about every teenage social media circle there is out there. In fact, the phrase is pretty inescapable, whether you are using it correctly or not. What you may or may not know is that the phrase has acquired a sexual connotation. Well, #TimesUp, there is no longer a predigest to those who aren't going to ‘Netflix and Chill’ but who are rather going to just chill and watch Netflix, with no attached connotation to it -  just straight up movie watching, despite my relationship status.

No longer shall the single and sassy  look forward with baited breath and passive aggressive anxiety as we wait for our singleness to be judged, as we wait for the posts of the, happy and hitched to flood the streams of our social media feeds; with romantic setups  adventures, saucy intimate insides and sometimes even the asking of  the big questions to remind us that we to deserve to have our movie watching needs met - without an invitation to. No need to full your weekends with paintballing events or bar crawls - so what if you're not in love, that there is no significant other to share the new Oscar releases or revel in  the finale of your favorite series- doesn't mean you can't watch, or that you shouldn't, or that watching will be any less gratifying. Don't let something that is meant to bring you infinite joy elicit singular feelings of absolute loneliness.

Instead, take advantage of all that is out there, that is tailor made just for you the single and sassy, a Netflix binge list. Shining light the righteous single ladies of the silver screens who have reminded us that sometimes happily ever after is as simple as me, myself and I  - or some of your favorite girlfriends - either way you're good - so get together with your favorite female plus one - or don't and celebrate being single the right way, with movies so good you won't have an inclining for passive DL Tindering in the background.

The tongue-in cheek storyline of the new Netflix Original series ‘Love’, displays the unfortunate reality that many people face when it comes to dating and relationships. Essentially, the main character, Mickey - a woman who struggles with substance abuse and insecurity issues, falls for Gus, a sweet-hearted ‘nice guy’, for exactly that - his nice, non-threatening, and understanding nature. Except; Gus is a fake. He uses his ‘nice guy’ persona to reel girls like her in.

His shady master plan, and her innocent, but complicated quest for love and happiness, of course, cause some tension - but taking the seat as the outsider looking in, puts a lot of things into perspective, whether you have experienced their issues first hand, or not.

The Motto: “Hoping for love has fucking ruined my life”

The Anthem: Peete Schneider “While You Were Sleeping”

The Takeaway: Don’t look for love, love looks for you.

Atypical follows the life of Sam, an autistic teen who decides to explore the world of love, sex and relationships. His family are weary of his decision to find a girlfriend; knowing the complexities of dating these days - and that of his condition. This incredible series which highlights the strength, bravery and confidence of this young man, sends heartwarming chills down one’s spine - and we guarantee you’ll be laughing and crying, and laughing ‘till you cry.

The Motto: “Most people I meet don't even try to get me”

The Anthem: Charles Williams “No Ordinary”

The Takeaway: There is someone out there for everyone.

Grace and Frankie are a light-hearted, hilarious new Netflix series which will make you smile no matter how bad your Monday - or complicated your relationship status. The narrative follows the reluctant friendship of two older women who move in together after their husbands leave them - for each other. They go through the motions together; they laugh, cry and vent to one another - it’s rather ironic, impossibly hilarious and shows that love and true soul mates can be found in the strangest of places.

The Motto: “Let's drink at my places so I can walk home”

The Anthem: Grace Potter “Stuck in The Middle with You”

The Takeaway: Your friends are your true soul mates.

The Squad: College friends Elise (Goldie Hawn), Brenda (Bette Midler), and Annie (Diane Keaton), reunite for the first time in nearly thirty years at a former college friends funeral. When the three women discover the reason for their friend’s death they realize that their ex-husbands have taken them for granted and make a pact to get revenge on them.

The Motto: "I’m saying this to you with love, compassion and the spirit of true sisterhood, you're full of shit!”

The Anthem: Lesley Gore "You Don't Own Me"

The Takeaway: Your husband may leave you for a younger woman, but your girlfriends are forever - let's be honest they’re way better looking too.

The Squad: Cheryl Strayed (Reese Witherspoon) driven to the edge by the death of her mother (Laura Dern) and dissolution of her marriage sends Cheryl into a destructive behavior. In attempts to put her life back together again she sets out with nothing else but herself and her giant backpack, to across the Pacific Crest Trail- one of the longest and toughest trails in the country

The Takeaway: Doing it for yourself is tough, so it's important to know where you're going and that you can lift your backpack before you strap it to your back.

Inspired by one of the world’s most interactive video game and one of the most successful characters in video game history, ‘Tomb Raider’ the Game series comes to the big screen with Lara Croft (Angelina Jolie) who is beautiful and brainy. Croft finds a mysterious clock behind a wall in her British family home which contains a timepiece - one that is counting down the alignment of nine planets. When Croft gets the clock analyses she finds that she is not the only one who is interested in this timepiece but in fact the illuminati - minus Queen B and J.B - has been waiting for it for thousands of years. The race begins, and we follow croft through Cambodia and Ice-land and she races against time and her enemies in her attempts to save the world.

The Motto: “This is where I start to have fun”

The Takeaway:  Nothing is impossible with a million dollars, a killer body and a killer attitude - quite literally.

Under the Tuscan Sun

When Frances Mayer’s (Diane Lane) learns her husband is cheating on her, her life is turned upside down, she with the help of her friend Patti (Sandra Oh) she moves to a rundown house in Tuscany to reclaim her life anew, amid the colorful characters of the Tuscan Villas.

The Motto: "Unthinkably good things can happen even late in the game. It's such a surprise."

The Anthem: The sound of copious wine bottles being uncorked - time after time.

The Takeaway: If you're in doubt about your future, or your life is falling to pieces and you're not sure how to pick yourself up - move to Italy, where the jovial locals will befriend you leaving you feeling forgetful of the past and filled with the infinite possibilities of the future. Also, if you're as beautiful as Diane Lane, you really have nothing to worry about.

Reluctant roommates Lauren (Lauren Anne Miller) and Katie (Ari Graynor) are polar opposites and past enemies with nothing in common - until they lack sufficient funds to rent their dream apartment in New York City. So together they start an unconventional business to help keep their dreams alive. But as the women's phone-sex operator business takes off they are threatened with unexpected challenges that rock their newly discovered friendship.

The Anthem: The Reflections\Mack Winston - stick together

The Takeaway: There is no right way to the American Dream only your way.