Top Canadian-developed Games to Watch Out For 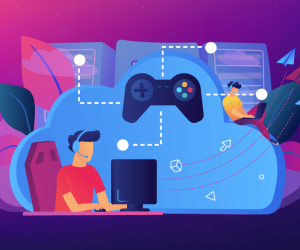 The gaming industry in Canada is huge. So huge that it contributes as much as $5.5 billion to the country’s GDP. As of 2019, there were 692 game development studios in Canada, but right now, the number has gone up to about 937 studios, a whopping 35% increase in three years, making Canada the third-largest game developing nation in the world.

Canada has also done excellently well in the world of Esports. After Team Canada finished second in the 2017 Overwatch World Cup, Esports has been on a steadily astronomical growth in the country, with players like Artour Babaev, Kurtis Ling and Williams Aubin making millions of dollars from playing video games. Even in the casino scene, many Canadians have found a fun haven playing Live Baccarat and other exciting casino games. In this article, we will highlight some video games made in Canada that you should add to your radar.

Although this forthcoming game is an expansion of the original game and not a brand-new game, lots of gamers are excitedly anticipating its release. Billed to go live by June 28th, this game is developed by Studio MDHR based in Oakville, Ontario, in collaboration with other developers across Canada and other parts of the world. Lovers of the original game are particularly anticipating the new playable character, Ms Chalice, the new bosses, new levels and other fun features.

Canadian based Game developers Games Montreal collaborates with Warner Bros in his brand-new DC Comics foray set to launch in October 2022. Gotham Knights is an Action RPG game based on the story of the Bat Family— Robin, Night wing, Batgirl and Red Hood, who’re all tasked to protect the city from an evil villain group called Court of Owls following the death of Bruce Wayne. 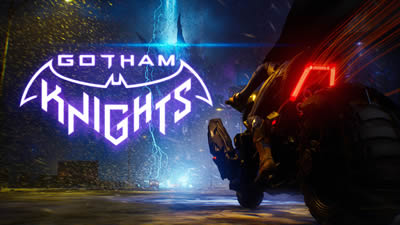 Sometime in 2022, the gaming world will be bracing up for the release of Nightingale from the stables of Inflexion Games. Reputed for the amazing work they did in developing popular BioWare Edmonton games like Mass Effect, Star Wars: Knight of the Old Republic and Dragon Ages series, this team of developers have left the global gaming community pulsating with excitement. Nightingale deviates from the typical BioWare games pattern to feature a shared world experience where characters would have to fight off mystical creatures.

Nobody Saves the World

Drinkbox Studios, Toronto, has been in the business of making mind-blowing games, but they absolutely outdid themselves in this new Action-RPG game called Nobody Saves the World. Playing as a featureless “Nobody” armed with a powerful magic wand and shapeshifting ability, players must stop an impending alien invasion threatening to destroy the world. Published on January 18th, 2022, this game is available on Windows 10, Xbox One, Steam and Xbox Series X/S.

Veering away from the trending combat-style games, Visai Games presents this narrative style of cooking gaming that is based on the story of an immigrant family from India who has come to settle in Canada. Being far away from their homeland, this family must now make traditional Indian dishes to reconnect with the home and culture they left behind. The game is set to be released sometime in 2022, and it promises to bring lots of exciting family drama.