Is Patrick Mahomes Good Enough to Cover Up the Defensive Flaws of Kansas City? 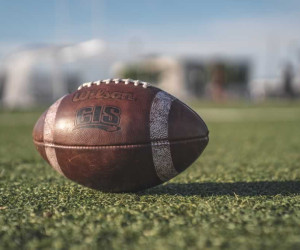 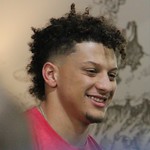 The Kansas City Chiefs are in what could be a golden era for them. They have a franchise level quarterback in Patrick Mahomes, who is just coming into his prime, and he alone should be enough to make them contenders for much of the next decade.

We’ve seen Mahomes lead Kansas City to one Super Bowl win, but they were beaten last season by the Tampa Bay Buccaneers to prevent back to back titles. This season, the Chiefs have not been as dominant, mainly because of defensive flaws.

After four games, they are averaging more than 30 points per game conceded to the opposition, putting Mahomes under huge pressure to deliver. At the start of the season, bookmakers had them favorites for the Super Bowl ahead of everyone. After four games, as of October 8, the Chiefs' latest NFL odds on bet365 are +550, which means they are still favorites for success.

But is this well placed, or is this a case of people seeing they have the best quarterback in the game and hoping he will be able to drag them through? There has to be a legitimate concern about the defensive play we have seen so far, which begs the question, is Mahomes good enough to overcome that? 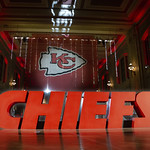 How Many Points Conceded is Too Many?

The more points that Kansas concede, the more pressure they pile on Mahomes to deliver. Their first game of the season was the only time they have conceded less than 30 points, and they conceded 29 in that to the Cleveland Browns.

The highest points they have conceded came when they allowed Baltimore to score 36 points in a game the Chiefs eventually lost. Mahomes did get 35 on the board in the game, but it wasn’t good enough on that occasion to get the win.

Now, it is worth remembering that the Chiefs have someone very special, and a lot of money tied up in their offensive players, so they are always going to struggle in defense, as this is not their main focus. Having said that, the team needs to be better.

With an average of more than 30 points conceded, the expectation is that the Chiefs will need to score four touchdowns or more to win, which instantly piles the pressure on Mahomes. Cutting this down to around 25 points would likely mean that the touchdown number would drop to three, with a field goal or two being enough to win the game on top of those.

The bookmakers have Kansas City as favorites to win the Super Bowl because they have Mahomes on the roster. However, if he is continuously asked to score 4+ touchdowns per game, that is eventually going to catch up with him, and the Chiefs will continue to lose games when he can’t make things happen.

Mahomes is doing great, but not good enough to cover up every problem that this franchise has defensively, and it is those guys who need to step up and deliver in the coming weeks, to take the pressure off their quarterback.