The 5 best cities to play in the MLS 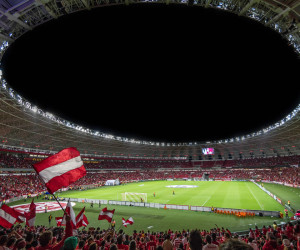 It feels like not long ago soccer fans were slowly getting used to the idea of having a soccer league in North America. The 1994 World Cup, which was hosted by the United States, had ended and two years later Major League Soccer made its official debut. Like any expansion league, it started small with only ten teams, all located in the United States.

Twenty-four years later, the league has more than doubled the number of teams with 26. International soccer superstar David Beckham enjoyed his time in the league so much that he even became the owner of Inter Miami CF. The club just finished its first season.

The league has grown exponentially since 1996 and the league’s commissioner, Don Garber, has mentioned repeatedly that there are plans to add 4 more teams by 2022 which will bring the total of teams to 30. As of now California has three clubs (LA Galaxy, Los Angeles FC, and San Jose Earthquakes), Texas has two (FC Dallas and Houston Dynamo FC), Ohio has two (FC Cincinnati and Columbus Crew SC) and Florida has two (Orlando City SC and Inter Miami CF).

The success of the league has even crossed borders. Toronto FC was the first Canadian team to join the league in 2007. Soon after, Vancouver Whitecaps FC joined in 2011 and so did Montreal Impact a year later.

As the league prepares to celebrate its 25th anniversary, let’s look at the five best cities to play in the MLS.

NYCFC came into MLS with a bang by signing big-time international superstars such as David Villa, Frank Lampard and Andrea Pirlo. Since their first game in 2015, the team has had decent seasons year after year making the playoffs three times in a row. The team currently plays in Yankee Stadium in the Bronx but there are talks of building a new stadium in the near future.

The team is competitive year after year, the fans show up at the games and it’s New York City we’re talking about, what else is there to say?

It took some time for Canada’s first experiment in MLS to find success as it failed to make the playoffs in their first eight seasons.

After years of losing, major changes were made within the organization and in 2013 Tim Bezbatchenko took over as general manager.

Under Bezbatchenko, Toronto FC made several high-profile moves during the 2013–14 off season. Among the transfers were MLS veterans Justin Morrow and Jakson, Brasileiro star Gilberto and international Michael Bradley of A.S. Roma.

The rebuild paid off as the club claimed its first MLS Cup in 2017.

Established in 2007, the Sounders are what we call a consistent team.  The club plays in front of 33,000  fans each home game, rain or shine.

Many MLS legends have played for the club including Clint Dempsey, Fredy Montero, and Kasey Keller.

The team has had lots of success over the years, winning two MLS Cups and four U.S. Open Cups. On top of that, a 53-member marching band called “Sound Wave” supports the club at each home match. Talk about dedication!

The most decorated team in the league with a total of five MLS Cups, LA Galaxy are one of the most established teams in the league.

The club had already won two MLS cups before international superstar David Beckham joined the team in 2007. The Beckham phenomenon eventually convinced other star players to play in the MLS and the Galaxy even signed Robbie Keane a few years later. Those moves paid off as the team won three more MLS Cups.

It didn’t take long for fans to miss Beckham’s absence as the team eventually signed legendary goalscorer Zlatan Ibrahimovic. He only played two seasons with the team but who can forget his numerous highlight reel goals, starting with his first two goals in his first game?

Considered to be the team with the best fans in the league, Atlanta United has it all: sell-out crowds, a big stadium, championships, and money to attract big-name players.

The club made a promise of being a top club from day one when they signed Gerardo Martino to coach the team in their first two seasons. Martino attracted many young South American players to Atlanta and the club won its first championship in only its second season.

The Atlanta club is seen by many as one of the best-supported-team in any pro sports league. When it comes to fanbase, no other team compares to Atlanta United as it has played to crowds as low as 42,000 and and as high as 77,000.